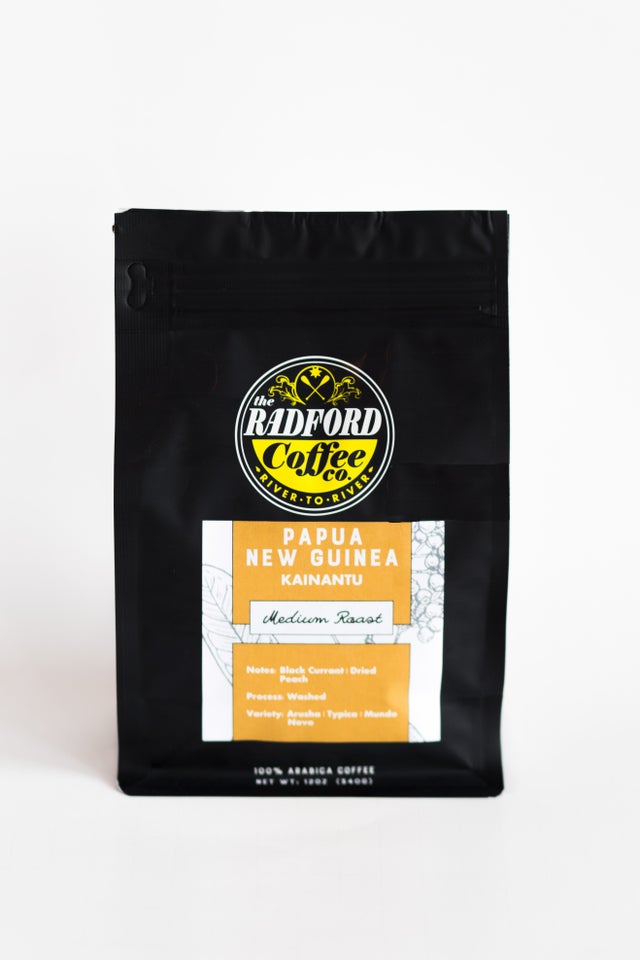 Namura Timuzu cooperative is an organic-certified group of 200 smallholder farmers from the area surrounding the villages of Namura and Timuzu in the Kainantu district of Papua New Guinea's Eastern Highlands. The organization was founded in the 2010s and represents about 265 hectares of coffee farmland centralized around those two villages but including eight other small villages nearby. The organization entered a national cup competition in 2016 and took first place. Producer members of this cooperative, like many coffee farmers in Papua New Guinea, grow coffee in "gardens" where they also produce sustenance crops for their families. Coffee is a major cash crop in this area. The coffee is hand-picked and depulped on-site at the farm using hand-powered depulping machines. The seeds are then fermented in small tanks and in bags for 36–48 hours before being washed; the drying time will vary and is dependent on both the weather and the drying surface, as some producers still use tarps. Raised beds in solar dryers are becoming more popular. The dry parchment coffee is stored in huts made of a bush material until there is enough volume collected to bring to the collection point, as most farmers are extremely remote (living 1–2 hours from a main road)